Storm-Ready in December: Be Prepared in Your Central Florida Home

Getting ready for a big hurricane in December? You might think it’s a bit overcautious, but it actually doesn’t hurt to make any big protective changes to your home now, as opposed to six months from now.

We Floridians typically associate hurricanes (and hurricane shutters) with summer… and Hurricane Season officially starts June 1st, so it makes sense. But since it’s a summer worry, it’s also during the summer that we usually start taking stock and evaluating what our homes need—in many cases, new impact windows or hurricane shutters. This can lead to some chaotic last-minute scrambling for plywood, shutters and other protective measures at home improvement stores. That’s why, instead of waiting until the last minute, we recommend knocking out the potential problem before it has a chance to strike.

Since there’s less demand for high impact windows and hurricane shutters during the winter, you won’t have to deal with supply shortages or surprise price increases. Evaluating and acting on your storm needs now will also give you peace of mind that, should a storm come now, in two years, or whatever the case may be. It’s best to be safe, not sorry!

It’s important to note that impact windows are for more than just storm protection. Our newer windows are more energy efficient and will serve your home well, rain or shine.

Installing impact windows or arranging for storm shutters doesn’t have to be a big project, either. Take care of it while the weather’s nice and the pressure is off. 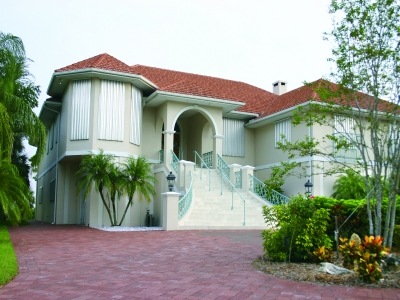 White Aluminum Named Among the Top Remodelers in the Nation

10 Advantages of A Florida Pool Enclosure Top 4 Myths About How To Prepare Your Windows For Florida Hurricanes Florida Storm Protection: Our Hurricane Checklist 6 Ideas for a Campfire Style Get-Together Top 3 Reasons You Need a Quality Aluminum Carport How to Care for Your Pool Enclosure Considering Vinyl Windows? Know the Pros and Cons Don't Ignore Foggy Windows